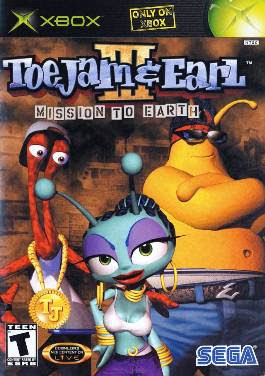 Funky aliens Toejam and Earl are back, along with their new homegirl, Latisha, with a whole new adventure in this fun game that will suit the whole family.

As in earlier games, presents are a big part of the game as you embark on your mission to retrieve the 12 sacred albums of Funk that were stolen from the Funkopotomus by the dysfunctional earthlings.

Oh, and you also have to find the evil Anti-Funk.

Many of the inhabitants of Earth who featured in the original game are also back, including the maniacal dentist and the nerds (this time they’re armed), along with a crop of new characters that pop up in the most unexpected places.

Watch out for the ghostly cow that can possess characters and the baby that randomises your presents.

There are 25 randomly generated levels with environments ranging from urban jungle to swampland, resulting in a seemingly never-ending array of places to explore, earthlings to funkify and presents to collect.

← Trade Me: listen to the masses
A for ingenuity; F for effectiveness →